Lloyd Carter, of the Lloyd Carter Band, has always known he wanted to be a musician. The Georgia native grew up in a musical family with influences like Keith Whitley, Kenny Rogers and Conway Twitty. Now he’s chasing his own country music dreams.

Carter sat down to talk with us about his journey in the music business, his new music and his favorite places in Music City.

Nashville Noise: Did you always want to be a musician or was there a specific moment that something happened that made you think “this is what I want to do with my life.” If so, what was it?

Lloyd Carter: First of all, I’d like to thank you for taking the time out of your day for this interview. I really appreciate it. I’ve loved music for as long as I could remember, my father’s side of the family had a gospel quartet called The Carter Family. They would travel everywhere looking for a church with open doors and welcoming arms. My grandfather played guitar, my father and his siblings sang. My mother played piano a little bit when she was a child but never really pursued it; she did manage two radio stations in my younger years.

NN: Who were some of your biggest musical influences growing up and do the same artists currently continue to influence you?

I would have to say one of my biggest musical influences would’ve been from my grandfather Charlie Carter. He was a mountain of a man, a plumber and welder by trade. Granddaddy used to travel a lot to help build power plants in the early days. He would come home on the weekends and that’s when the family would head out to play at churches. My grandfather was a fine fingerpicking guitar player. I’ll never forget the day he showed me three chords G, C and D on his “Flat Top” most commonly known as an acoustic guitar. He would say, “There ya go, now all you need is a story and you got yourself a song.”

NN: What has been your greatest challenge in the music business?

LC: Music has got to be one of the most challenging businesses out there. It’s an interesting time especially this year. I would say my biggest challenge so far was when I finally had to just quit pursuing music full-time to get the day job to provide for the family. Everyone who knows the music business knows that nothing is guaranteed and certainly not stable. It’s a roller coaster that’s for sure, you have to be willing to accept the thrills and the disappointments that come with it. I’m so thankful for people in my life that recognized how important music is to me and to work behind the scenes to give me a push.

NN: Wow. What a sweet memory. What excites you most about the Nashville music scene right now?

LC: I’ve always been a glass half full kind of guy, one to see a challenge and figure out a way to make it work. 2020 has been a challenging year for everyone but it’s been amazing to me to see the people who step up and find a way to survive. As far as the music business goes right now, what’s amazing to me is that an artist used to would need a record deal to make a project, to release it and to promote it. Now an artist can make a project, release it and promote it with their cell phones! Truly amazing times but I believe an artist has to really focus on the quality of their content since there’s so much competition out there now.

NN: It is crazy! Do you remember the first time you visited Nashville?

LC: How can anyone not remember their first trip to Music City? I had the privilege of taking a tour of the Grand Ole Opry my very first visit. They let us walk on the stage and I remember seeing that beautiful wood circle that so many unbelievable artists have performed on. I remember walking up and kneeling down and dragging my hand across that beautiful piece of wood just feeling the history. I’m anxiously awaiting for the day that I get the call to be invited to perform at that truly historic facility.

NN: Where are your favorite places to visit when in town? Anywhere you haven’t been that you have been dying to go?

LC: If I had to pick one of my favorite places in Nashville that I’ve been to aside from the Grand Ole Opry it would be Studio B. If you’re an Elvis or country music fan, that really needs to be on your bucket list because so many hit records were made in that studio. I’ve been to Nashville a few times now just to see friends or on business, but believe it or not the one place I have not been to yet and I’m dying to go is to the Ryman Auditorium.

NN: You definitely need to go to the Ryman! You recently released your new single, “Nothing to Lose,” which is also the album’s title. Tell us about the writing process and where the idea came from.

The track “Nothing to Lose” is about a good old boy from Tennessee being swept away by a beautiful little Louisiana girl he met on the bayou. How many times have we heard of someone that was willing to leave their current lives behind just because someone they met gave them a wink and a smile? My co-writers Gary DiBenedetto, Henry McGill and myself picked Nothing to Lose as the title track of the album because it basically states where we are in our lives musically.  All three of us have been chopping away for years and each one of these songs are a piece of us or one of our stories. At the end of the day, we’re so proud of this collection of songs that come from the pages of our lives.

NN: You also released the video. How was it filming the visual for the title track?

LC: So far, we’ve released three produced music videos… “Nothing to Lose” has been our most fun to shoot by far. The opening scene was filmed at Banks Lake in Lakeland, Georgia. Lakeland is my hometown where I was raised and I have lots of fond memories of my granddad taking me to fish out there when I was a kid… The bar scene was filmed just down the road across the Lanier County line at one of Georgia’s oldest bars named Walker’s Drive-in. Billy Walker and his family were so kind to let us shoot there. I’m very thankful for them. It was such a fun night with the cameras rolling with friends and family so what more could you ask for.

NN: You also announced to your fans on Facebook that you will be releasing a video a month until the end of the year. Tell us about that idea.

LC: 2020 strikes once again! Unfortunately, we aren’t able to go out and play in front of crowds to promote the album so why not promote it with more visuals. We’ve worked so hard to pour our heart and soul into these songs, so we’ve recruited our good friend Avery Henley to help us paint the pictures visually. Avery is a wonderful human being and so creative, we are so blessed to have him help with our music videos.

NN: Now that the album is released, what else can we expect from you in the near future?

LC: Gary DiBenedetto, Henry McGill and myself are already writing the next one as we speak. I’m so blessed to be able to get together and create with seasoned veterans. Those guys are truly two of my closest friends and I look forward to our Tuesday writing nights.

LC: At the end of the day I hope people just enjoy what we did. Gary, Henry, and myself put this collection of songs together as something to remember times in our own lives. I truly hope the songs are relatable to the people that listen. I pray it has a positive message but really at the end of the day I just want the listeners to enjoy the stories. I’m so thankful for each and every person that takes time out of the day to listen to our music as I grow older, I realize how valuable time is. For someone to take a moment out of their life and to listen to what you have to say is priceless. 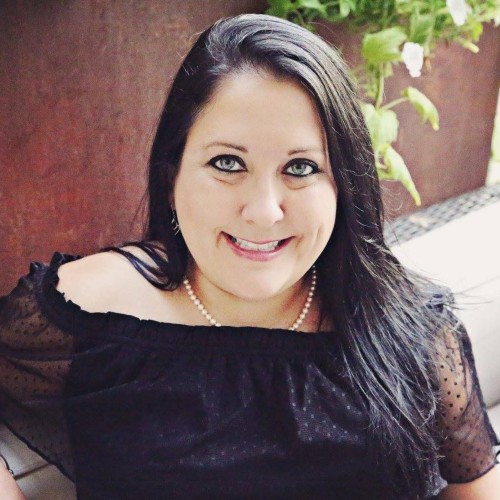