HomeMusicKacey Musgraves and the Struggle Against Simulacrum in Country Music

Kacey Musgraves and the Struggle Against Simulacrum in Country Music

If you need to find me, I’ll be drinking beer on the porch at Drifter’s in East Nashville, petting cute dogs, playing Kacey Musgraves on the jukebox and appreciating the real magic of Music City.

To better understand the landscape of “capital ‘C’ Country music,” we first need to explore the context of Cheesecake Factory, and the philosophy of Jean Baudrillard, through the lens of his 1981 philosophical treatise “Simulacra and Simulation.”

Cheesecake Factory, in its own way, is a perfect summation of modern, capital “C” Country music. Nashville’s brand of country music is tearing down landmarks so we can name every bar downtown after a current country act. It’s a city taking its own image and attempting to emulate itself — a simulation of an idea that people want to believe exists.

Nothing in the world exists in the way Cheesecake Factory does. It’s the simulation of an idea, rather than a real thing; the mental gymnastics of something we want to aspire towards, or a version we want to be seen: Simulacra. It’s a restaurant done in gaudy roman pillars, fake gold, brass inlays and a menu of everything, in massive portions. Cheesecake Factory, like Country Music, is a uniquely American institution.

For some people, Cheesecake Factory’s bleeding simulacrum is a bridge too far, like much of contemporary country music. I’m not “anti-country,” but rather, I’m against the idea of universal appeal for the sake of universal appeal. Some songs will catch everyone a certain way because they’re familiar experiences, but there’s a dangerous line songwriters approach, akin to writing horoscopes. Appealing to everyone often means appealing to no one at all.

If you feel like an alien walking into the Broadway bars in the heart of downtown Nashville, then you probably understand why much of capital ‘C’ Country music is so polarizing. In their futile attempt to create an image based upon something that doesn’t really exist, the big Country labels lost the plot. They began creating Country music for a person who doesn’t exist, in places that aren’t real, in a life that is far too fantastic for people outside the Country bubble. Their definition may work for tourists, but for those of us who live in Nashville, their music paints a picture of life that is more ambition than actuality.

Thankfully, the recent successes of Sturgill Simpson, Jason Isbell, Chris Stapleton, Margo Price and others have paved a path for people who want the Nashville experience, but want the simulacra stripped away. I don’t want to be at the Cheesecake Factory. I want to be on the porch of a humble East Nashville bar, drinking cheap beer with my friends and petting cute dogs.

That, in its purest idea, is the foundation for Kacey Musgraves to roll out what may be the best country album of the year, while also being the best pop album of the year. When Musgraves allows her vocals to linger on Golden Hour, it feels like you’re talking to a young woman, in an East Texas dive bar, having a genuine conversation about love, life and all the spaces in between.

Equal parts Sufjan Stevens, Beck, with even a touch of Lady Gaga, Musgraves finds a home for some fairly odd bedfellows, while making them work on the same album. “Mother” is sparse, short piano accompaniment, while “High Horse” feels like it could be at home on a Chromeo record.

There are no dizzying, capital-C Country tropes to be found here. There won’t be any lamenting rural stereotypes as a means to leverage emotion. There is no pandering to a base of faux-patriotism or flag-worship. Musgraves brings to the table some easy, beautiful, simple stories, about what falling in love can feel like.

“In Tennessee, the sun’s goin’ down,
But in Beijing, they’re heading out to work.
You know the bar down the street don’t close for an hour,
We should take a walk and look at all the flowers.”
— “Slow Burn”

The authorship feels authentic and genuine; these are the real stories of Nashville, where neighbors in The Nations, Germantown, East Nashville and SoBro all walk around their neighborhoods, heading to their little local watering holes, enjoying what makes Nashville beautiful — roadside flowers. Seriously, I feel like every other yard is the nesting place of a soaring crepe myrtle.

Granted, some contemporary music critics don’t “get it” — and I actually understand why. I correspond somewhat regularly with noted music critic Anthony Fantano, better known as The Needle Drop. When he was done listening to this record, he delivered a 4/10 verdict, citing it being average, with softened country elements and mundane lyrical content. Yet, for many people, that’s precisely what we want in country music, and that’s why artists like Jason Isbell have landed a regular audience.

This is lowercase “c” country music, with understated country elements deeper in the mix, brighter pop sounds, accompanied by a Texas twang. Whereas Musgraves might see her contemporaries as gilded, blonde and overwrought capital “C” Country artists, Musgraves isn’t pushing cheesecake. With Golden Hour Musgraves tightropes the line once walked by Taylor Swift, as she transitioned away from country into a full-on pop star.

The differential here being Musgraves feels more authentically country in her roots than Swift ever did, because it’s part of who she is. Musgraves is from East Texas, and accepted Nashville as an eventuality, whereas Swift was from Pennsylvania, and seemingly only used big-C “Country” as long as it suited her. Swift knew that some country audiences wanted Cheesecake Factory for three meals, every single day. Musgraves looked at that same audience and said, “What the f***? You’re gonna die eating like that.”

Are there moments in this album that feel a little too cheesy? Sure. But they’re endearing in a way that seems intentional as if it’s meant to be more ironic than serious.

“You can have your space, cowboy.
I ain’t gonna fence you in.
Go on, ride away in your Silverado,
Guess I’ll see you ’round again.”
— “Space Cowboy”

I mean, come on — Musgraves still makes a super-stereotypical reference to a Chevrolet Silverado, because it’s hard to rhyme anything with Ford F-150. When you need this album to feel just country enough to be country, it’ll deliver the country feeling, without the feeling of watching a girl from a Bachelorette party projectile vomit on the floor of FGL House, down in the basement, where it perpetually smells like hot vomit. (Yes, if you’re not local, there is now a Nashville bar called the FGL House, named for Florida Georgia Line, and it features a hot, crowded basement, where the dance floor seems to be covered in a thin layer of puke at all times. Charming.)

What Musgraves has accomplished here is bigger than one album, because she’s helping other young, pop-leaning country artists hedge their risk. The success of Golden Hour, along with singles like “The Middle” featuring Maren Morris and Zedd give new Nashville artists more liberty sonically, as well as culturally.

There are plenty of tourists who will pass through Nashville, and enjoy the brash simulacra of our city, staying at the Opryland Hotel, touring the Ryman and then getting blind-drunk at the honky tonk bars. For the rest of us, there is the honesty of Kacey Musgraves — because if you need to find me, I’ll be drinking beer on the porch at Drifter’s in East Nashville, petting cute dogs, playing Kacey Musgraves on the jukebox and appreciating the real magic of Music City. 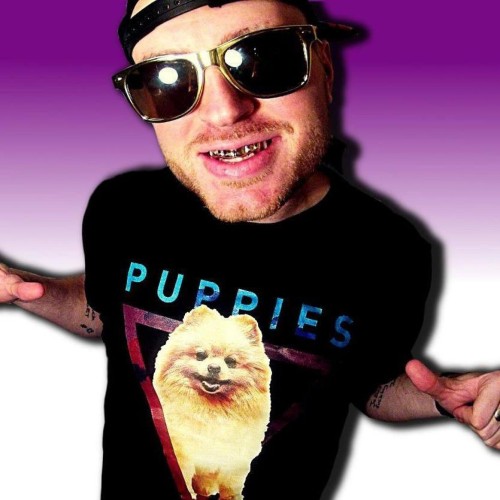